The Badass Librarians of Timbuktu 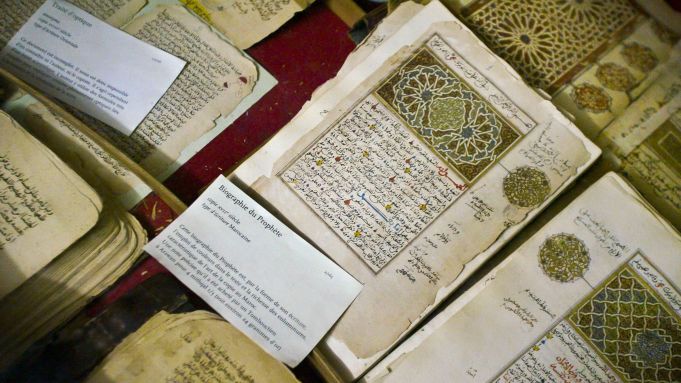 The Badass Librarians of Timbuktu

To save ancient texts from theft and destruction, a band of librarians pull off a brazen heist reminiscent of an OCEANS ELEVEN plot. For centuries, the progressive Islamic manuscripts that poured out of the legendary city of Timbuktu made it the intellectual capital of an entire continent and the world. As a young adventurer and collector Timbuktu native, Abdel Kader Haidara journeyed across the Sahara Desert and along the Niger River, tracking down and salvaging tens of thousands of ancient manuscripts, many of which were crumbling in the trunks of desert nomads. A few short years later when Al Qaeda occupied and controlled the region, Haidara and his band of mild-mannered librarians transformed themselves overnight into a prolific gang of world-class smugglers. The stakes were no less than civilization itself; the priceless legacy of Africa's written history, and their historically dangerous operation saved the majority of texts from certain destruction.