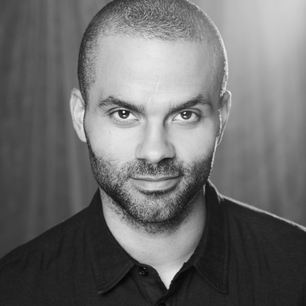 Tony Parker, born on May 17th 1982, is a French basketball player who plays for the Charlotte Hornets. Tony began his career with the San Antonio Spurs in September 2001 alongside David Robinson, Tim Duncan and Coach Gregg Popovich.

Beyond basketball, Parker has quietly made a name for himself as a savvy and successful Hollywood movie producer. In 2017, Parker joined Argent Pictures to work alongside the Argent founders to develop, package, finance and produce a top-quality slate of feature films and documentaries.

As a movie producer, Parker's impressive film credits include BIRTH OF A NATION, FIRST TO DO IT, MEET THE BLACKS, NOMIS, SHOCK AND AWE, ESCAPE PLAN II, ESCAPE PLAN III and AMATUER.

Back to About Us >
© 2021 Argent Pictures, LLC is a subsidiary of Argent Media Group, LLC. All rights reserved.