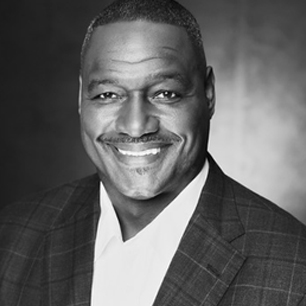 Derrick Brooks was drafted by the Tampa Bay Buccaneers in the first round of the 1995 NFL Draft, where he remained to play his entire fourteen season professional career. He is widely considered one of the best linebackers in NFL history. An eleven-time Pro Bowl selection and nine-time All-Pro, Brooks was named AP NFL Defensive Player of the Year in 2002, and earned a Super Bowl ring with the Buccaneers in Super Bowl XXXVII.

In February 2014, Derrick was named to the Pro Football Hall of Fame and was inducted in Canton, Ohio. In August of 2014, he was inducted into the Capitol One Academic All America Hall of Fame. In September of 2014, Derrick was enshrined into the Ring of Honor by the Tampa Bay Buccaneers, where they retired his jersey. Derrick Brooks added another honor when he was named to the College Football Hall of Fame class of 2016. Derrick is currently serving as an appeals officer for the National Football League, as well as President of the Tampa Bay Storm.

Brooks graduated with a bachelor's degree in business communications at Florida State University where he was a three time first team All-Atlantic Coast Conference selection, two times First-team All-American, and a member of the 1993 Seminoles National Championship team. In November 2010, Florida State retired Seminoles jersey number 10 in honor of Brooks and he was also inducted into the Florida State Hall of Fame. He went on to earn his Master's in Business Communications from FSU in 1999, and his Doctorate in Humane Letters from St. Leo University in 2006.

Recognized as often for his hard work in the community as he is for his hard hits on the football field, Brooks has been the recipient of several prestigious awards, including being a co-recipient of the 2000 Walter Payton/NFL Man of the Year award, the 2003 Bart Starr Award, and the 2004 Bryon "Whizzer" White Award, and the 2008 JB Award through the NFL Players association, all of which recognize an NFL player annually for their commitment to the communities in which they live.

An interest in making exceptional films for global audiences led Derrick to become a partner in Argent Pictures. Derek's film credits include THE BIRTH OF A NATION and LUV.